Christmas Cards are my favorite. I love the summary of a year, it’s great for family record keeping. 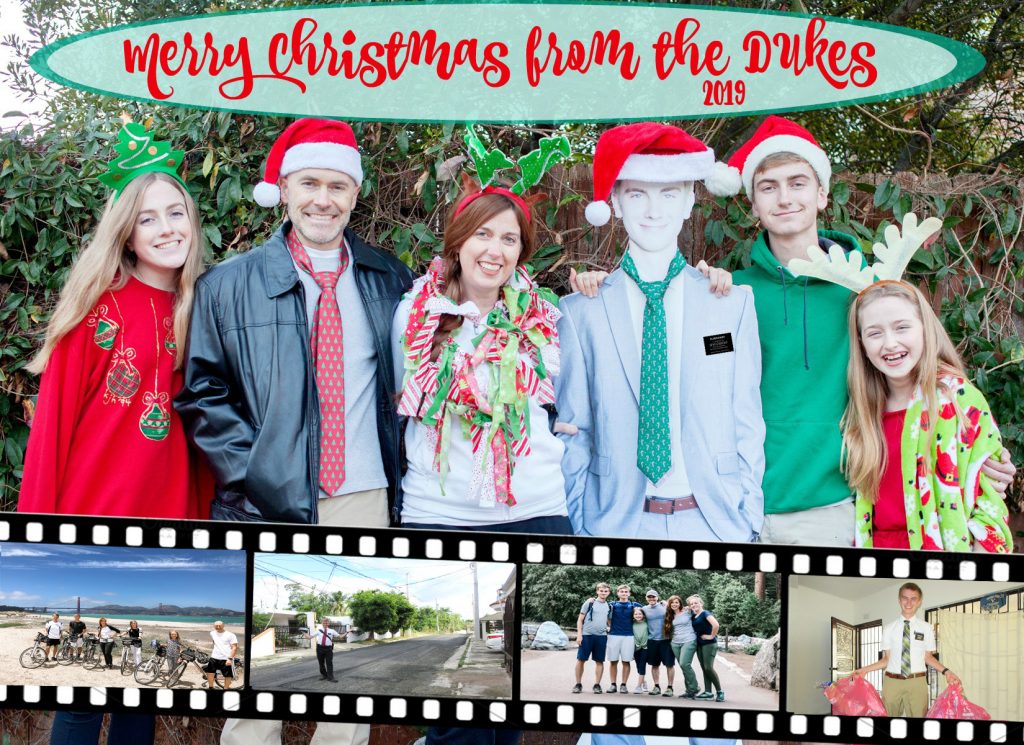 This is the letter I included on our family Christmas postcard this year:

The biggest news this year is that Tyler graduated high school (but skipped the ceremony) and began his mission for our church, arriving in the Dominican Republic on October 1st. It’s been such a blessing to have weekly video chats with him, see his progress, happiness, and  Spanish language coming along. Not even Dengue Fever the week of Thanksgiving could stop him,  (it just halted his plans to attempt making pumpkin pie for a bit). His companion trainer from Venezuela has been perfect for him. You can follow his adventures on the Instagram Kristen is updating at @Tyler_Duke.

Matthew is enjoying life as a Ju-Senior, as he decided to graduate a year early. This decision was not made lightly, and though we will miss having him around next year, it just felt right, so that makes it easier to swallow. He and Alyssa are bonding in high school together, sharing friends, and indulging Kristen in hosting teen gatherings at our home. He continues to love running, going out on creative dates, and is just Mr. Social. We even got to pull him along in the high school homecoming parade as a nominee on the court. Ever the studious kid, he had to be forbidden 5:30 am seminary (scripture study class) if he didn’t go to bed by 11pm each night. He’s a night owl for sure, but enjoys seminary even more. He plans to submit his papers to serve a mission around his 18th birthday next October. (He also got his Eagle Scout award + Driving CLIFFORD the red car around town).

Alyssa began high school, and didn’t skip a beat jumping into the social scene. She’s got a great group of friends from her Sunday School class, made some new cross country friends as well, solidified by a campout at the end of the season.  She got “most improved” as she shaved 4 minutes off her 5k time in the season, which was so great since she was out the last 2 years unable to run because of stress fractures. She began ASL as her language of choice, and “signs” everything she says now. Ever the trend setter pulling clothes together in a unique way, on fleek, on trend, lit, and awesome. She begged to have her own room, and when Tyler left, we did the room shuffle, so each of them are now in their own rooms. Whenever she craves quiet time, she goes to “clean her room” for 4 hours at a time on Saturdays, even though it’s already the cleanest most organized room in the house.

Cali has the spunk and energy for the rest of us, twirling in gymnastics, and singing in two different choir groups.  At school, she’s on the yearbook staff,  and helping the teacher with duties around the classroom. Most weekend nights, she’s hanging with her parents while the teens are galavanting. We scheme all the fun things we’ll do when she’s in high school and it’s just the 3 of us. She loves making TikToks with Alyssa & Kristen as well.

Michael has worked 17 years as a PT, and looking for a career change (open to suggestions!). He had his appendix out in September, and 3rd knee surgery in October, and ready to be done with hospitals!  Kristen felt sympathy and had her appendix taken out 3 months later, on Decembers Friday the 13th. She started a 2nd podcast for teens (Fist Bump) and enjoying her business by day and family by night. She’s quite impressed with how she’s handled this oldest child leaving thing… Regular updates on her website or Instagram (@KristenDukeChats). We loved our family trip to San Fransisco & Yosemite in June. December also marked 20 years of marriage for Michael and Kristen, and though we had to cancel a trip to Vancouver because of all of the surgeries, we celebrated a night at the Driskill in Austin as if it were another country. Looking forward to the next 20 and beyond! 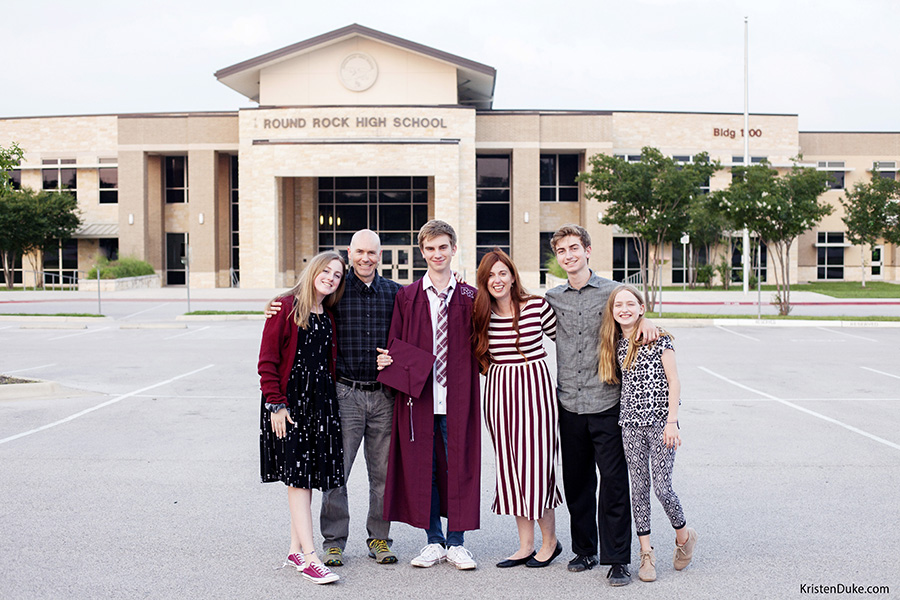 Though Tyler skipped the graduation ceremony, we went and took pictures of him and some friends (and our coordinated family) in front of his high school. THAT was my graduation pictures, and I’m not sad about it. 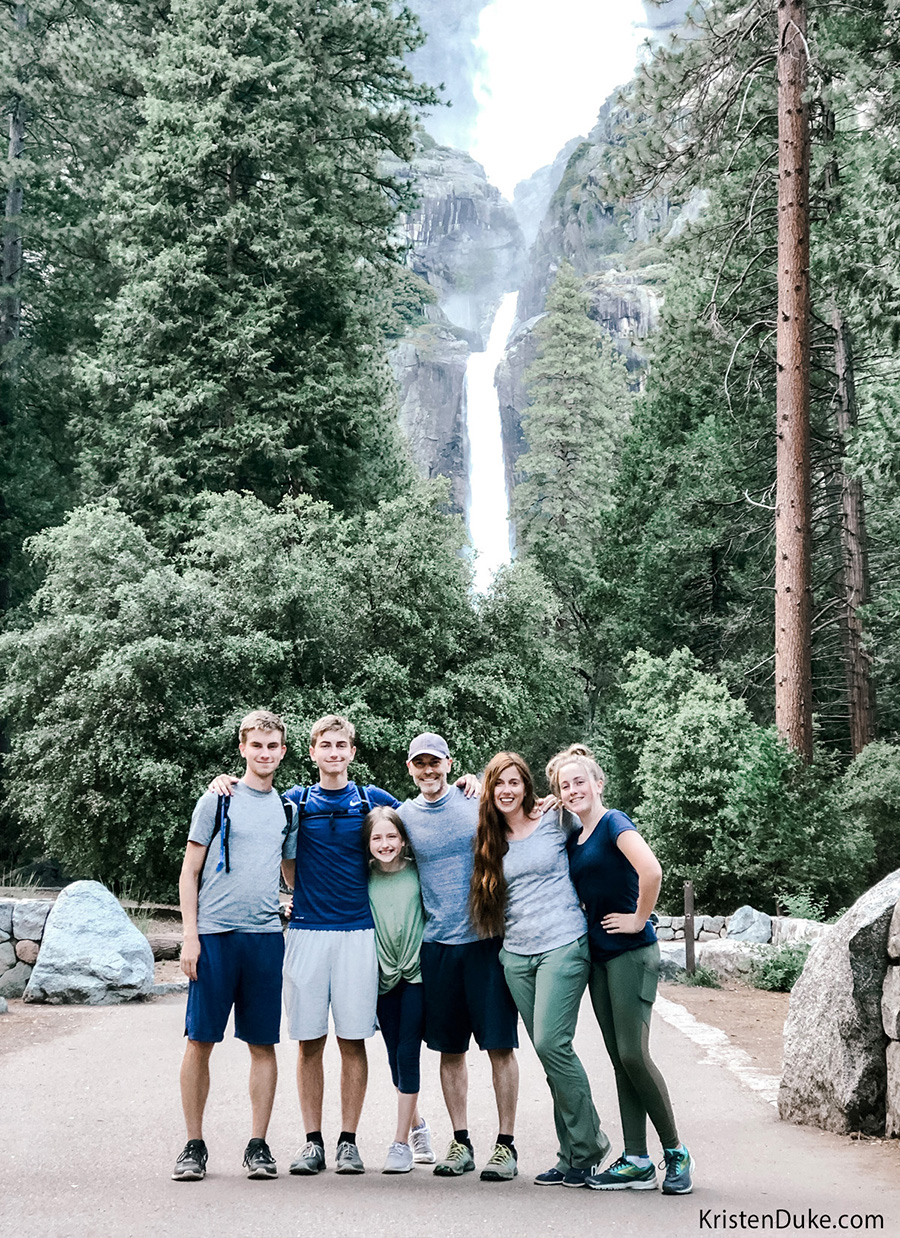 Yosemite was gorgeous and we had a wonderful LAST family vacation before Tyler left on his mission. 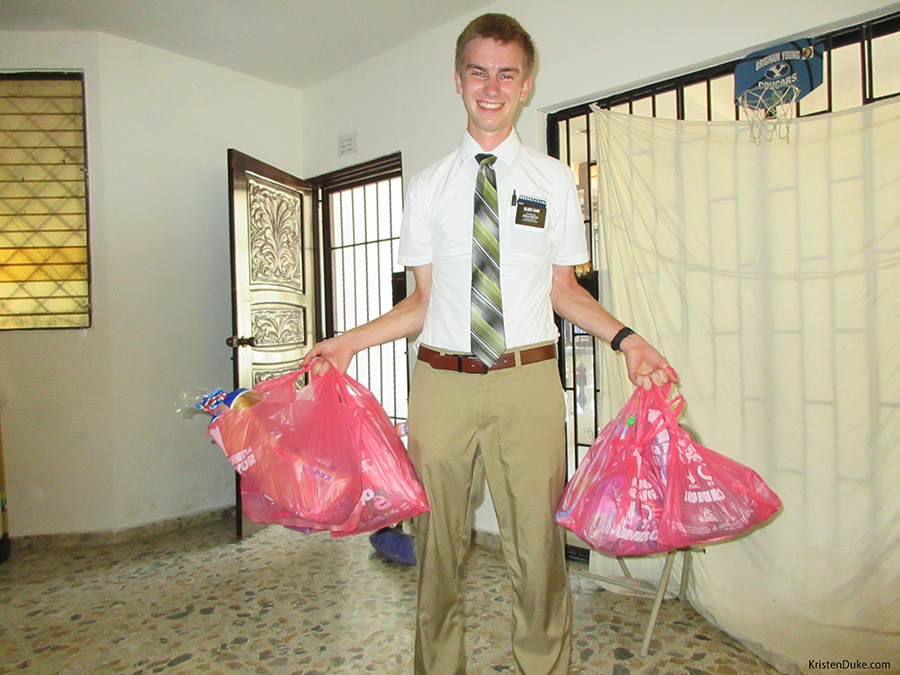 Love this picture of Tyler. The first SOLO shot we got a few weeks in, he just keeps smiling and we are grateful. 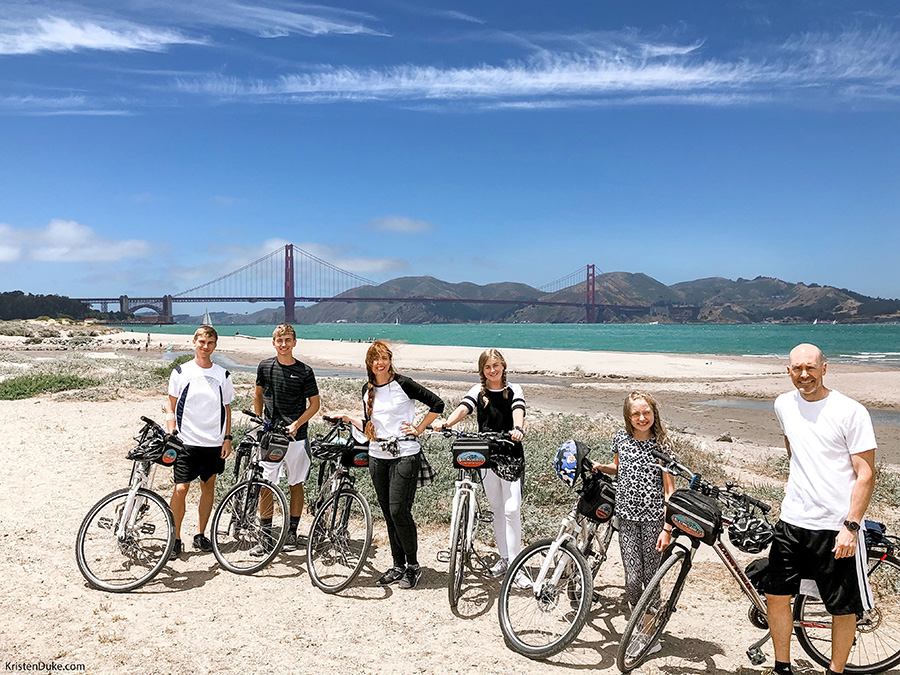 We visited San Fransisco (also DUKE family reunion) in conjunction with Yosemite in June 2019 and I (Kristen) fulfilled my family dream of a bike ride along the water to the bridge (in coordinating black & white!) 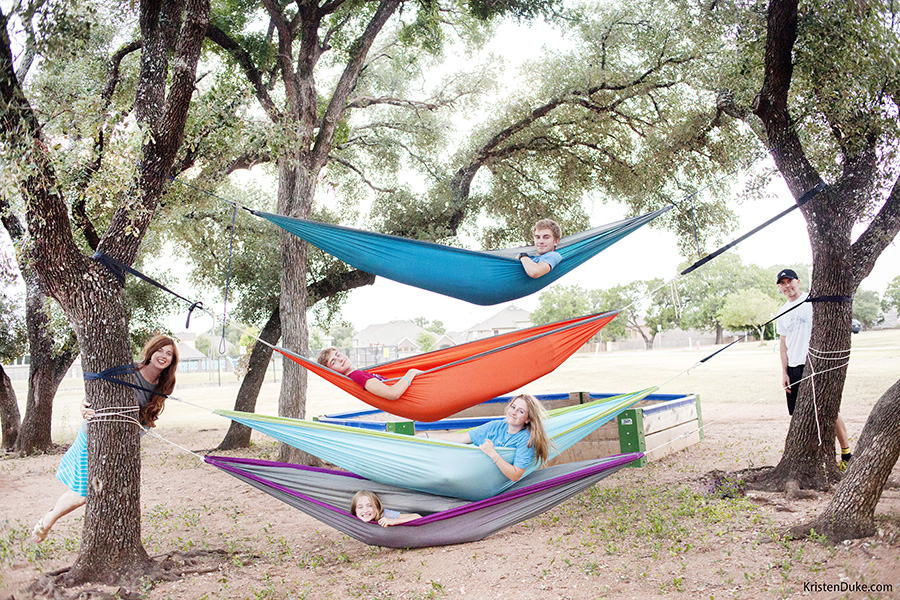 Another photo opp family picture dream was to hang the kids 4 hammocks like this. They all said it couldn’t be done. I knew it could. (At our elementary school down the street). 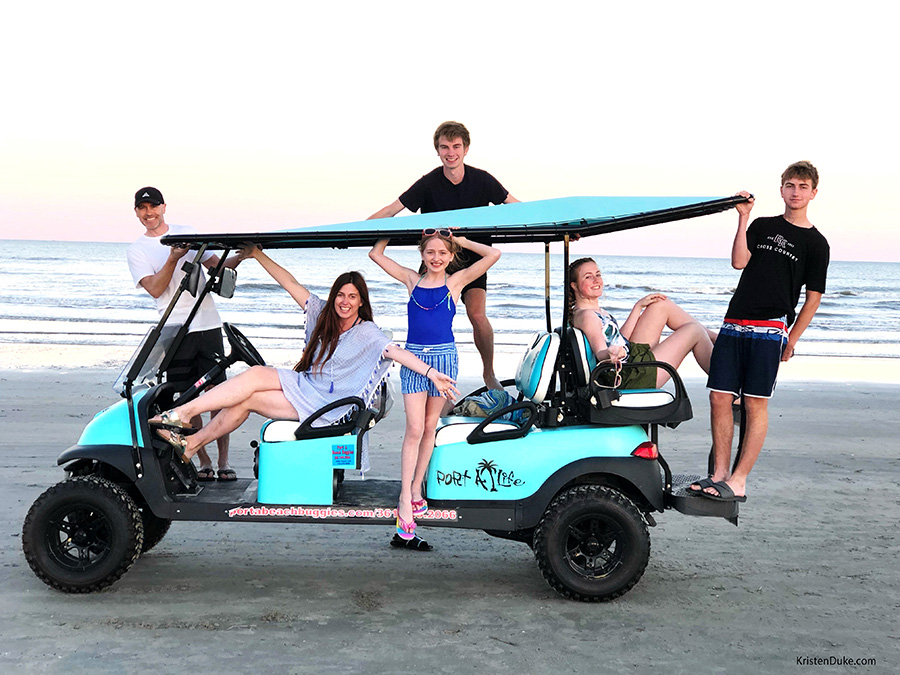 In April, we took a trip to Port Aransas to the beach and my brother Ryan and family joined us (they live in Houston). It was a “work trip” and we had so much fun galavanting around the island in these beach buggies!

BONUS PICTURES NOT ON THE CARD BELOW: (But if you follow along on Instagram throughout the year, you’ve likely seen them) These didn’t make the cut to go on the tiny Christmas postcard, but they are among favorite family shots of 2019. 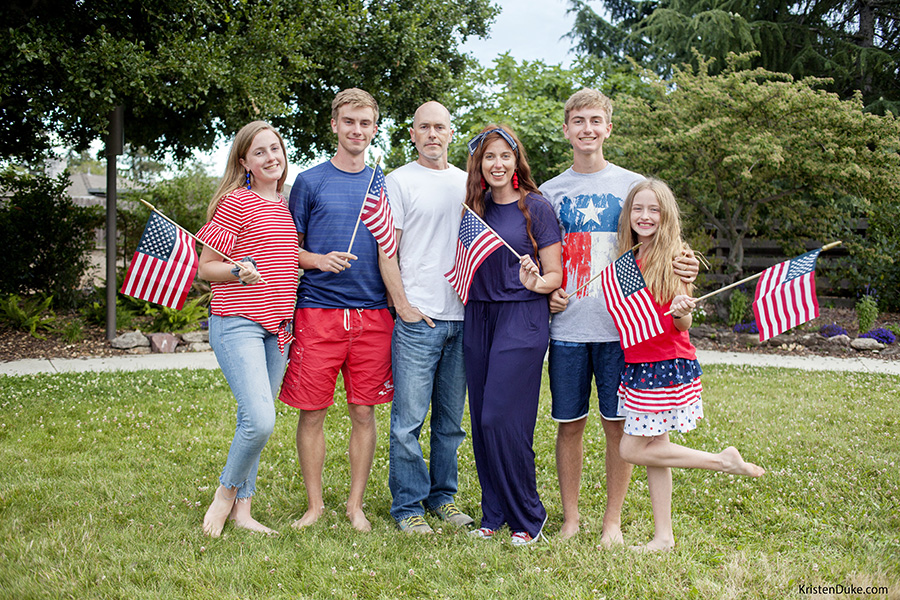 Celebrating the 4th of July in California. Those red lifeguard shorts sure came in handy for this family picture. 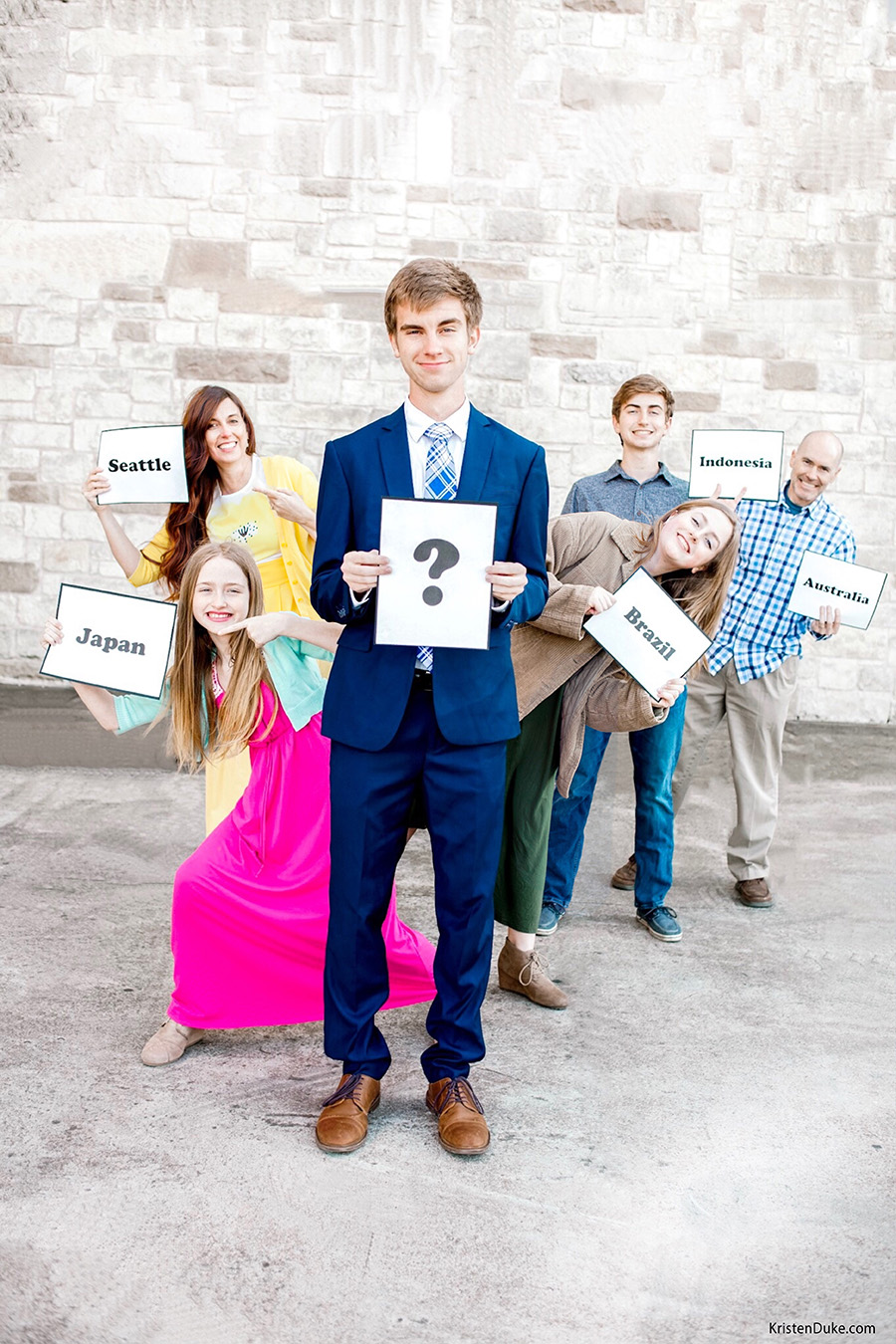 March 30th we took this above picture, thinking we’d have a good solid week, but his call came within 7 days of submitting his “application”! I’m glad we got all of the guesses in before he found out. Just a fun little game to play, and I shared guessing game printables on my website here: Opening Mission Call 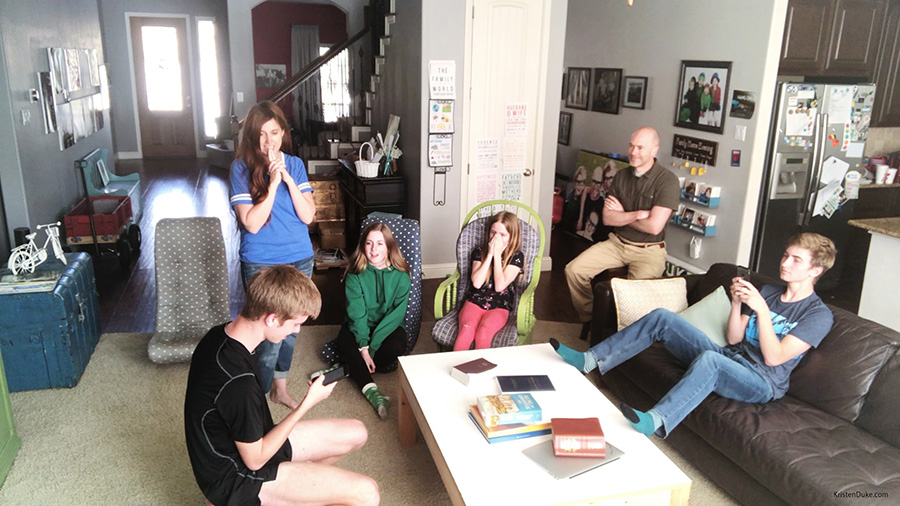 April 2, 1019, Tyler “opened” his mission call where we all learned about his assignment to the Dominican Republic as well as when he’d report (August 21st). It was such a beautiful moment, and I’m so grateful Tyler requested it to be JUST US, because it was sacred and intimate, and an experience I will forever cherish. 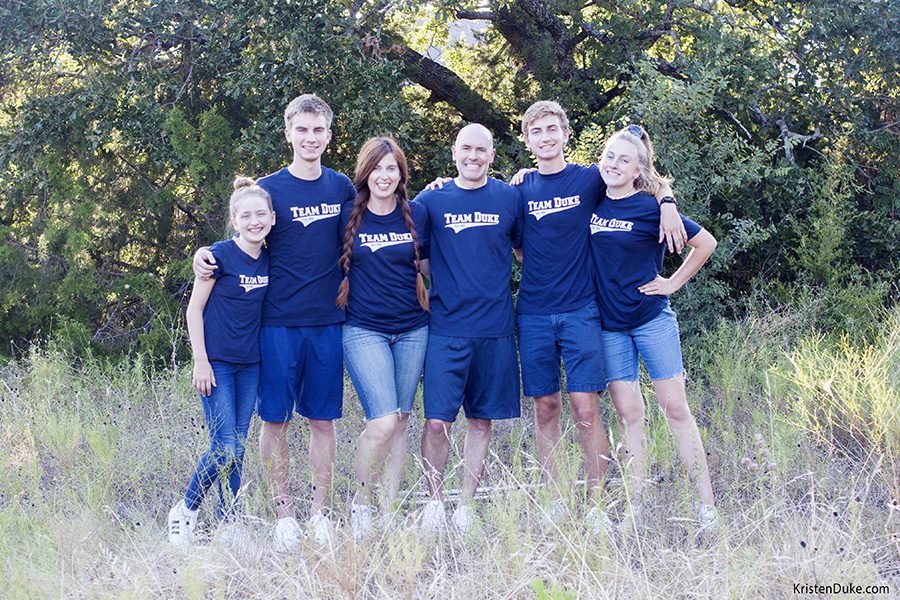 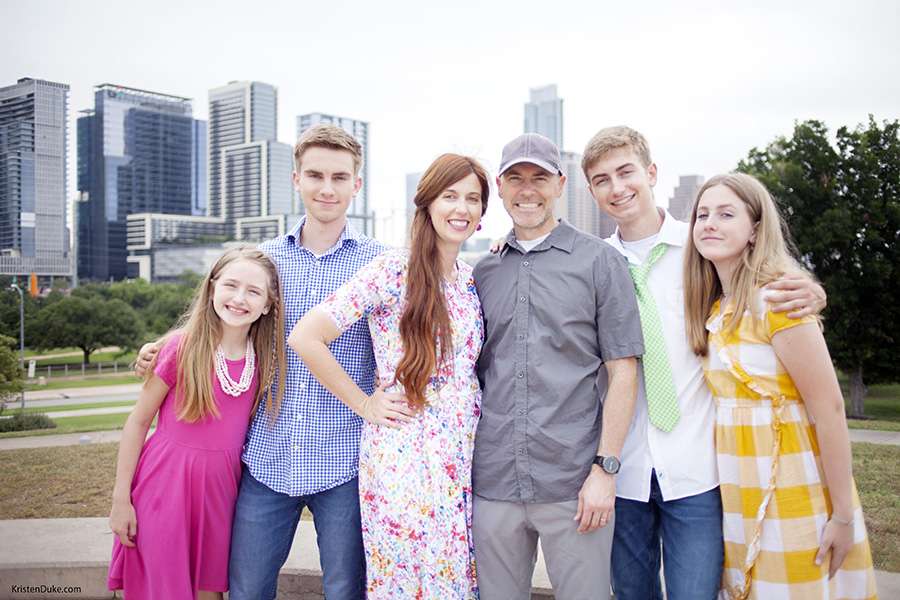 June 2019 we took these Austin Skyline family pictures to commemorate living in the city for 17 years! 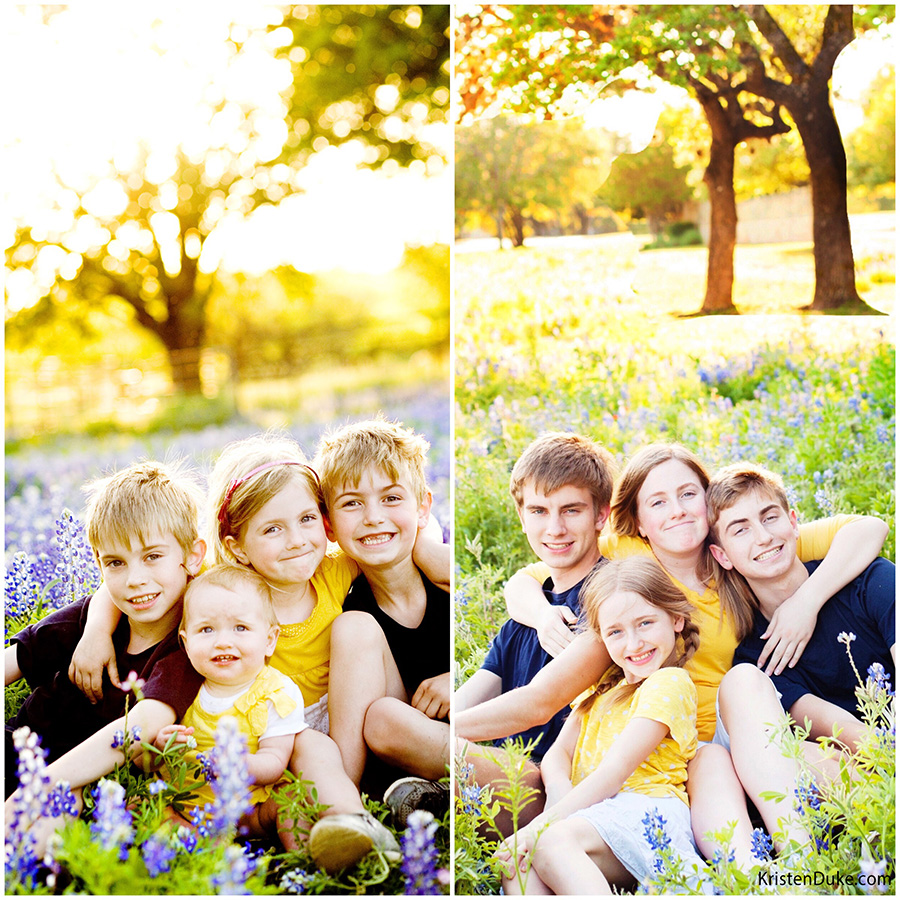 We took these “now and then” shots in April with the Texas bluebonnets. It was so fun to recreate the scene from 9 years before!