A Teen Speed Dating Activity can be done with very little prep, with just a touch of organization. It’s a great way to get a bunch of teenagers in your area together and getting to know each other to encourage future group dating. 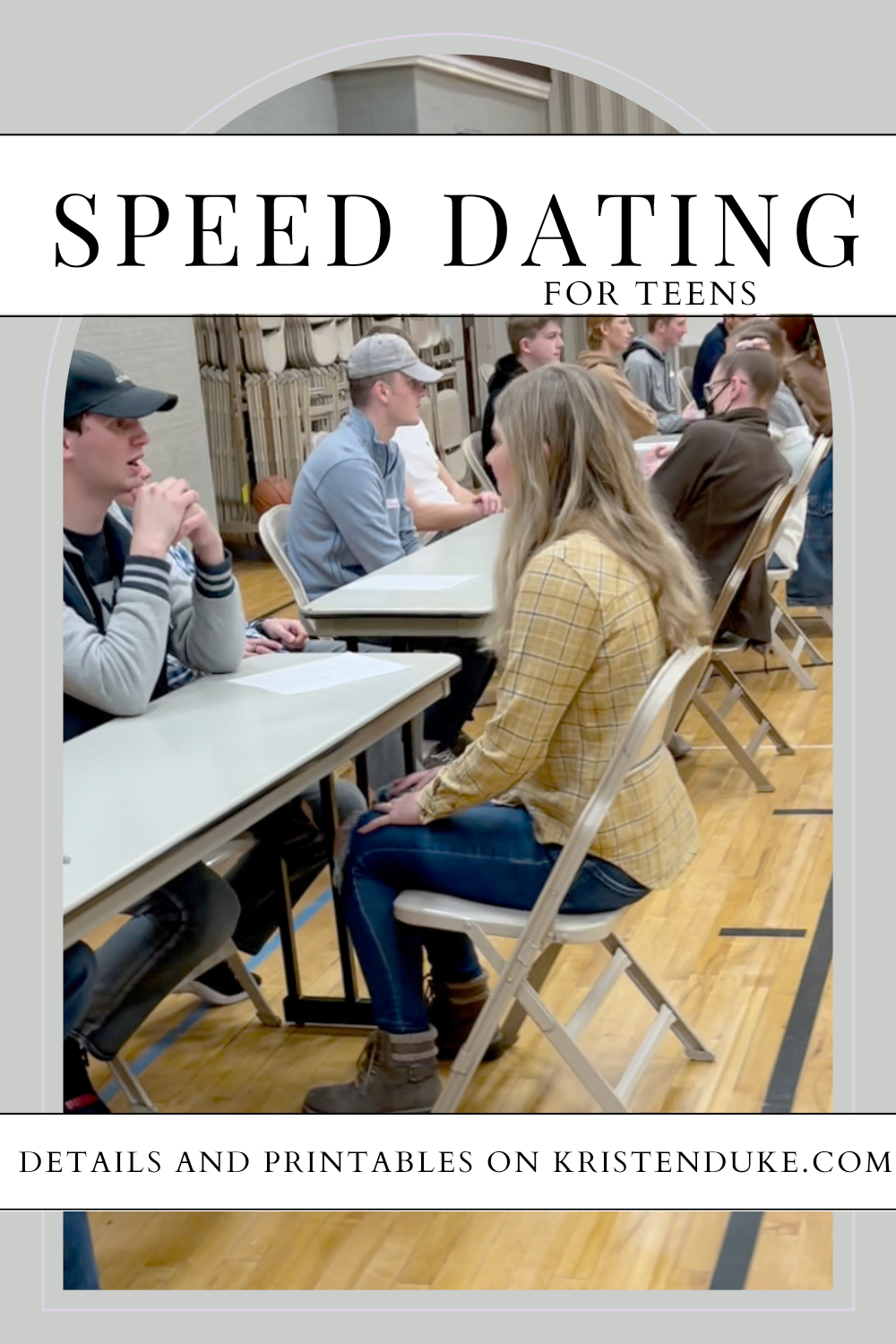 What is speed dating?

Speed dating is a formalized matchmaking process which has the purpose of encouraging eligible singles to meet large numbers of new potential partners in a very short period of time. -wikipedia definition. As it pertains to teenagers, speed dating is about pulling them outside of their standard friend groups, and get them talking to other teens they’ve never talked to, with the idea in mind that they may want to go on a casual future date.

By planning a few short get-to-know you games, and leading the group from activity to activity, the host then guides them to chairs/tables set up with question pages to help foster the conversation and keep it flowing.

When I put together the list of speed dating questions, I wanted it to be interesting to teenagers, some silly, some informative, with a variety involving travel, food, and music. I had seen some questions around the internet and pulled them all together to form what I thought was most applicable to the teens.

I’ve seen in some speed dating activities where they cut up questions and put them into a bowl, but I just kept the paper in tact, about 20 questions on the front to the back. You could cut them if you’d like, but I wanted the teens to feel like they could repeat their favorite questions over and over to people if they wanted, instead of a different question for each person. 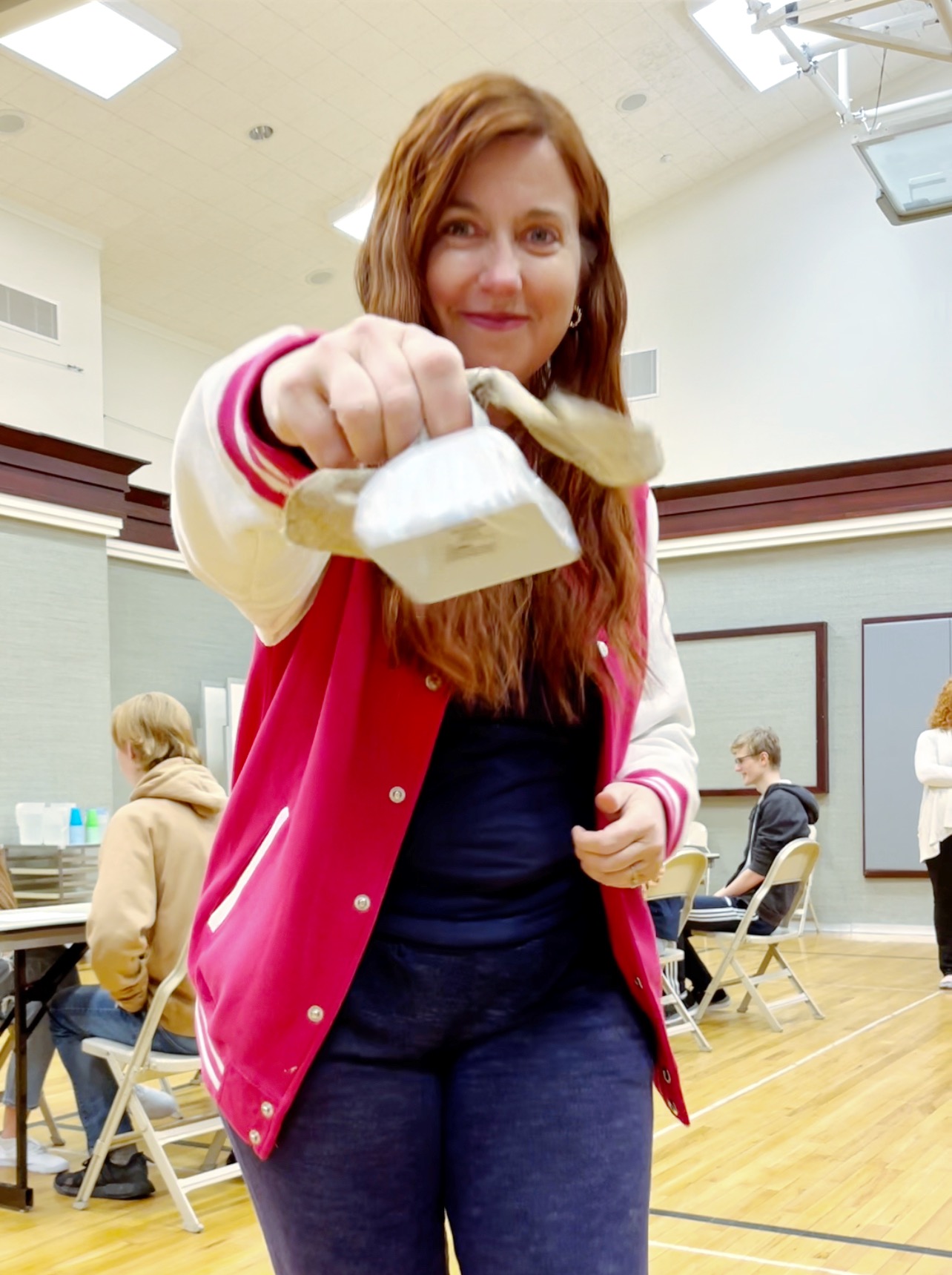 How to organize a speed dating activity 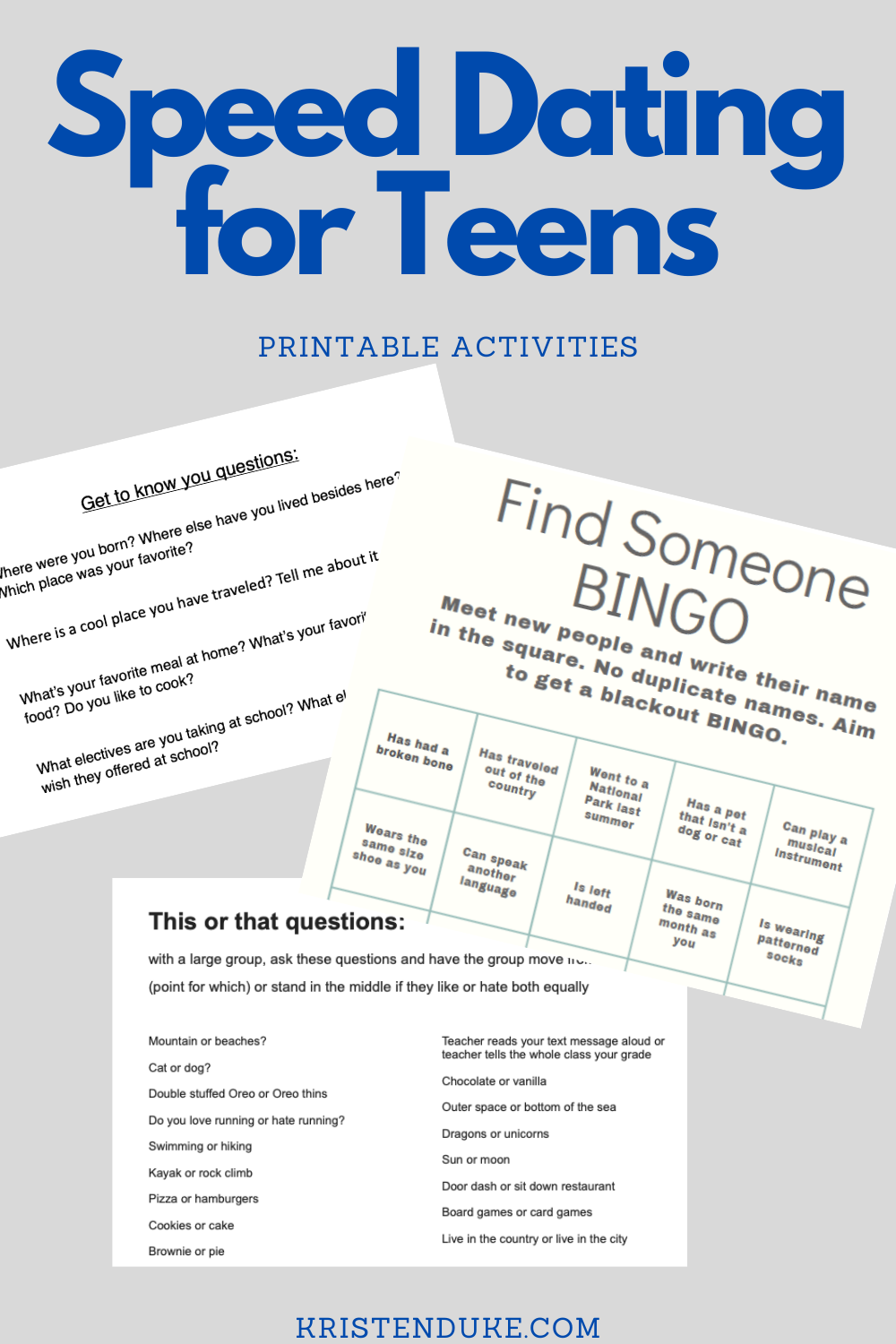 Print off the PDF bingo cards, one per person. Have pens available. This is a great “gathering” activity to play at the very beginning as you are waiting for teenagers to arrive. It can take a good 15-20 minutes, and they walk around to the group and have people write their names when the item in the bingo square applies to them.

Print: This or That speed dating

with a large group, ask these questions and have the group move from side to side (point for which) or stand in the middle if they like or hate both equally. 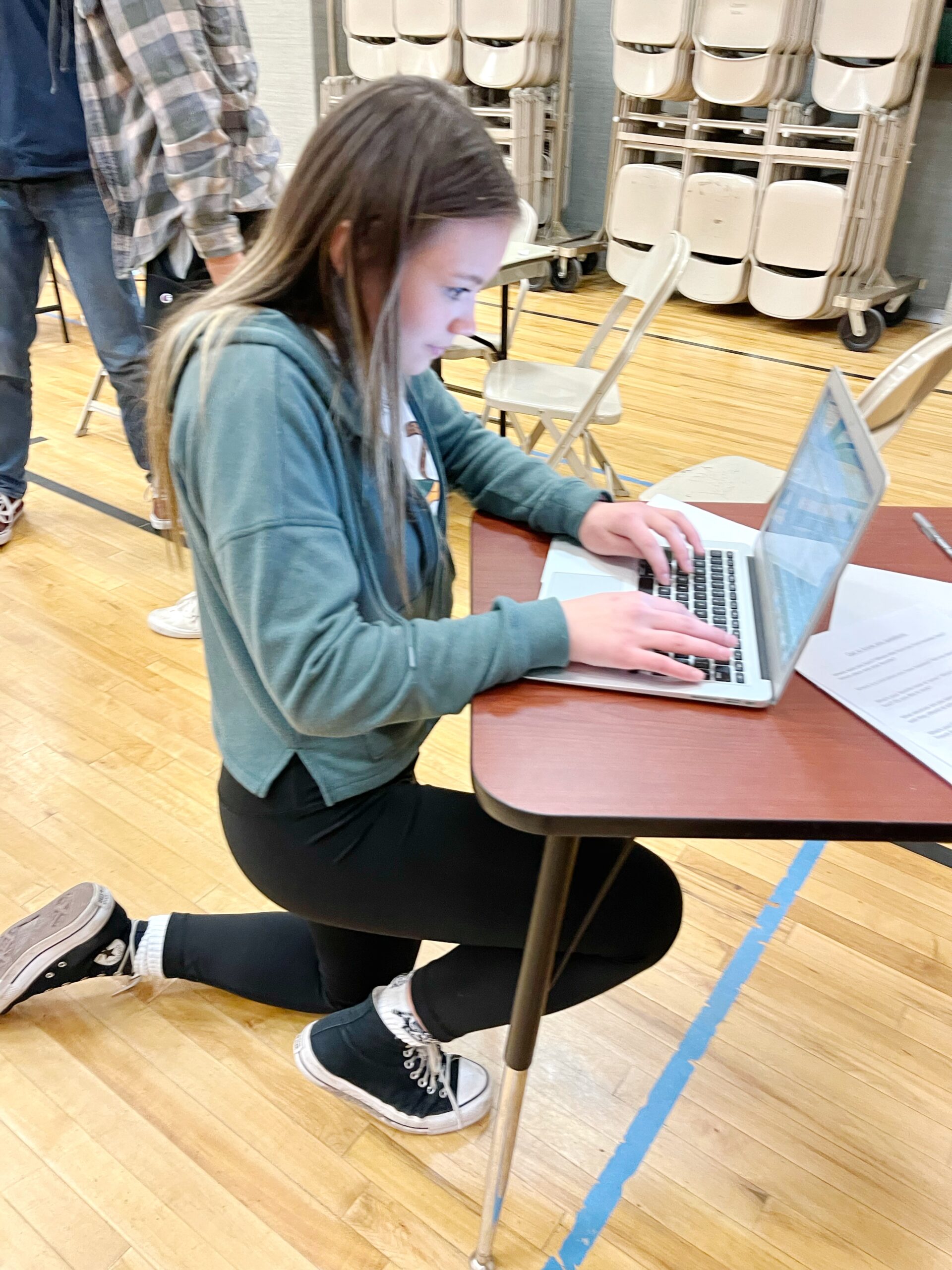 Things to bring to the speed dating activity

PIN this for later!!! 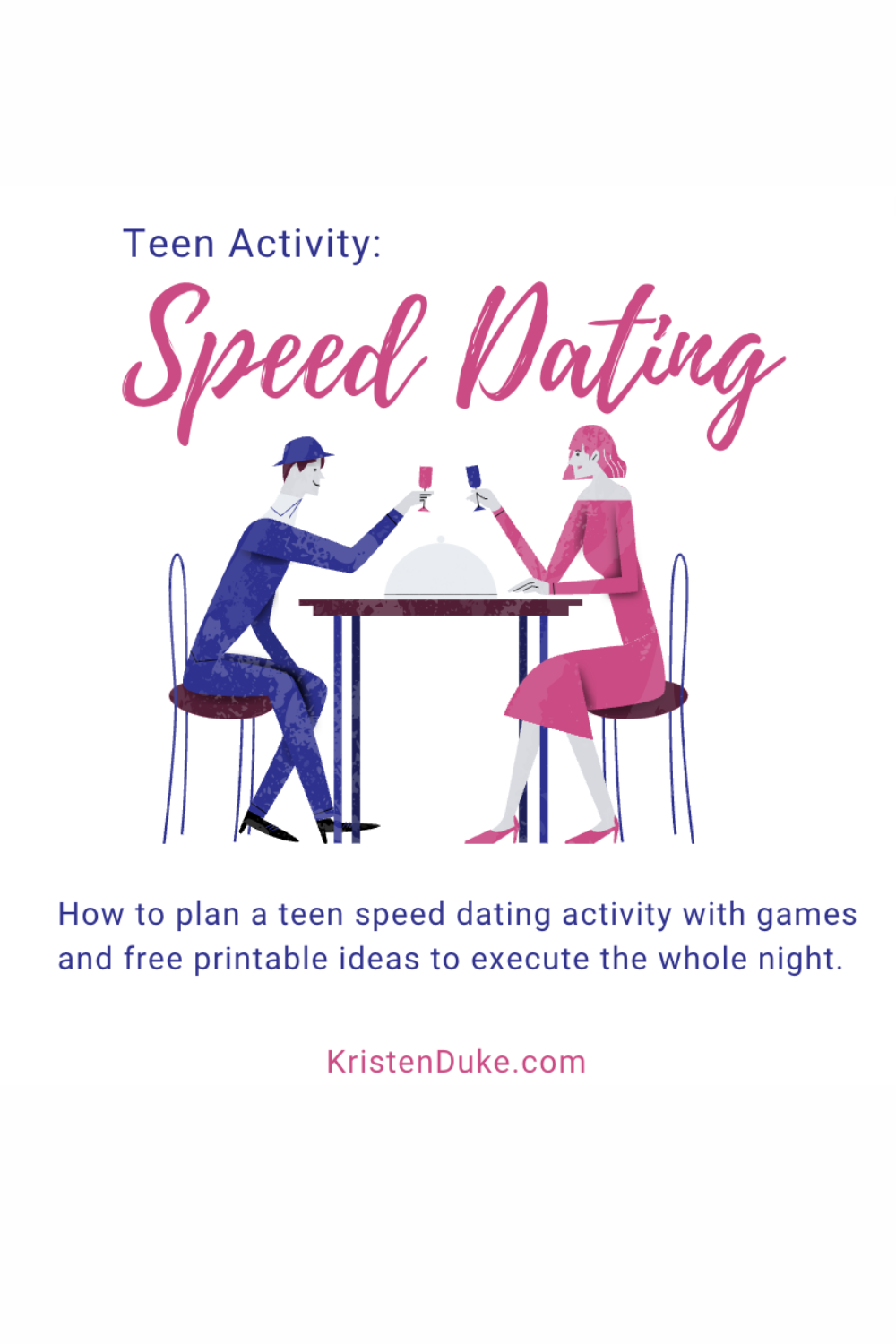 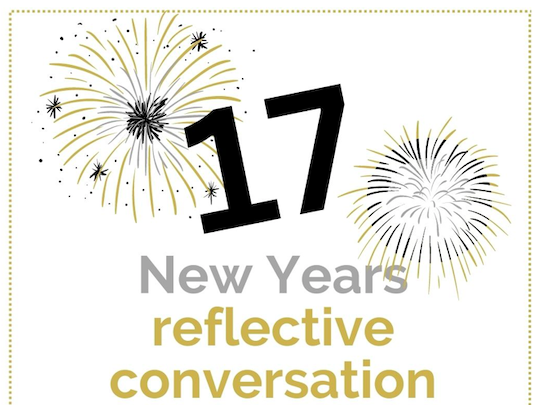 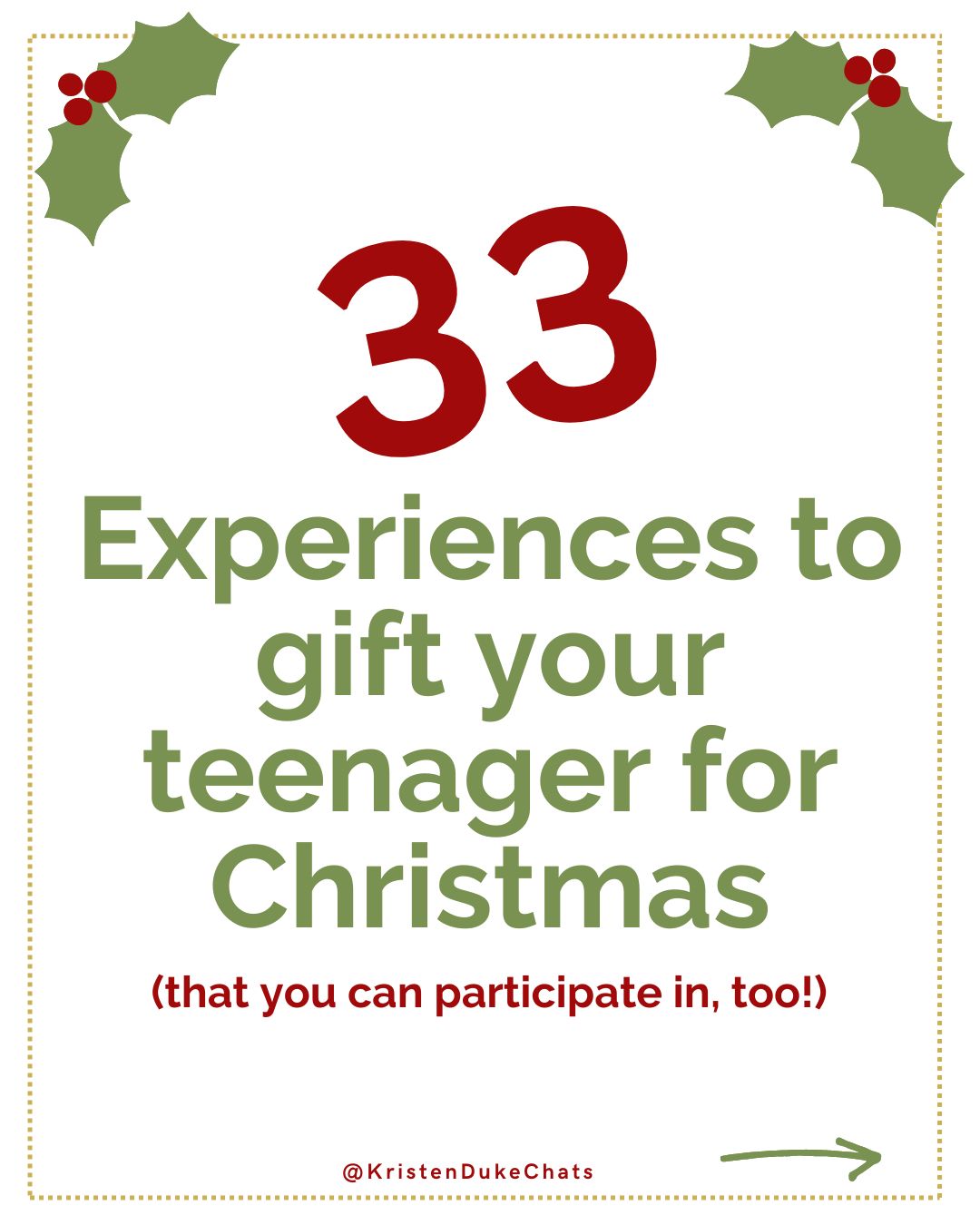 33 Experiences to Gift your Teenager

Not sure what to give your teenager for Christmas? Experiences, and you can enjoy them, too! 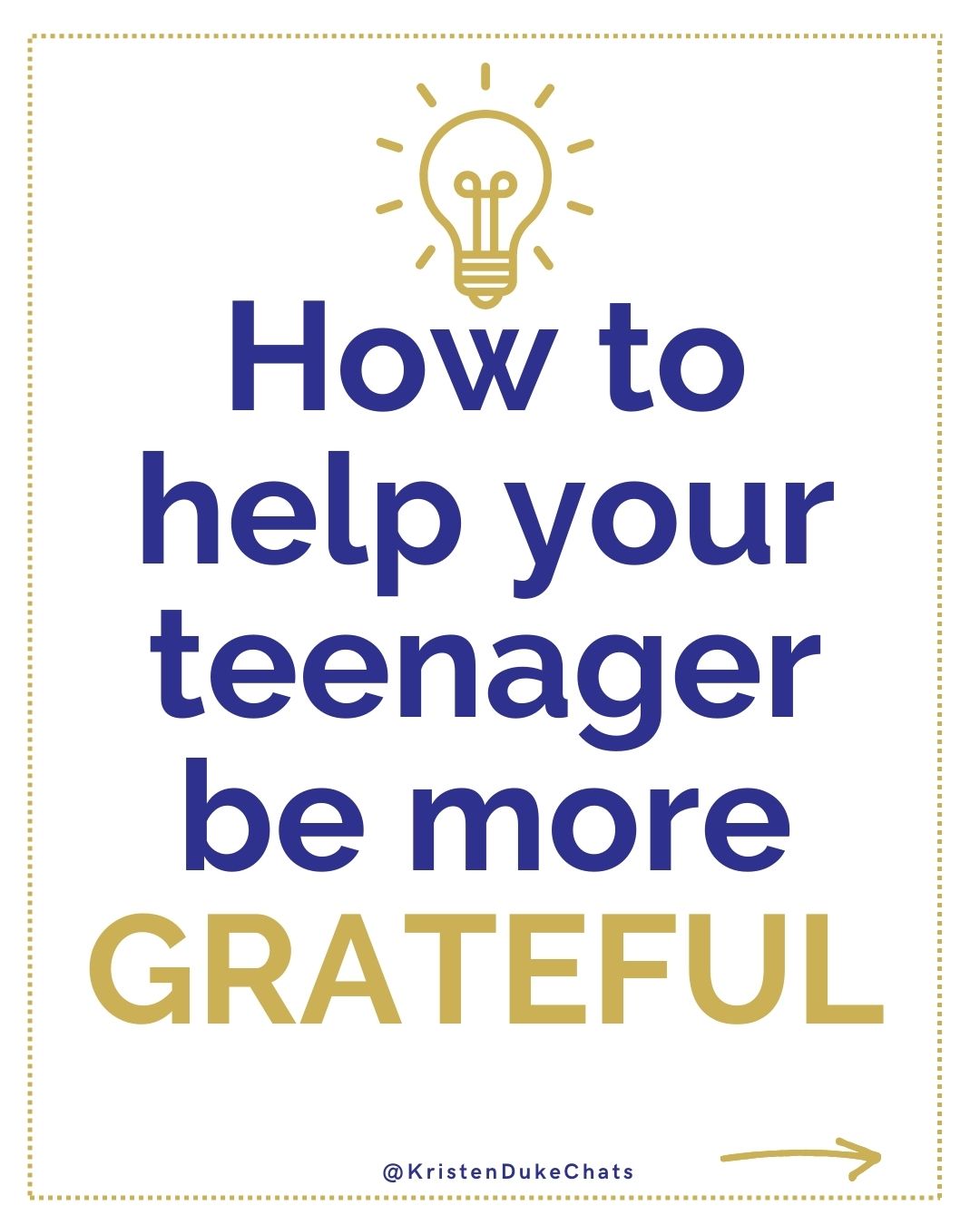 How to help your teenager be more Grateful

How to help your teenager be more GRATEFUL, here are my thoughts Many parents feel frustration with teenagers because they feel like they give and

Your Intentional Connection Playbook
For parents who value connection over control
Thank you for joining my email list! I can’t wait to spoil you and promise to keep your email address private
12
12Shares