You are here: Home / Parenting Teens / Parenting with the Independence and Responsibility Continuum
To know the best way to deal with your teen, it is best to first assess where your teen falls on the Independence and Responsibility Continuum. This is a 4 quadrant system my dad put together and shared with me in our podcast interview. I’m now sharing it with all of you with a little more explanation and a print out to help with your assessment. 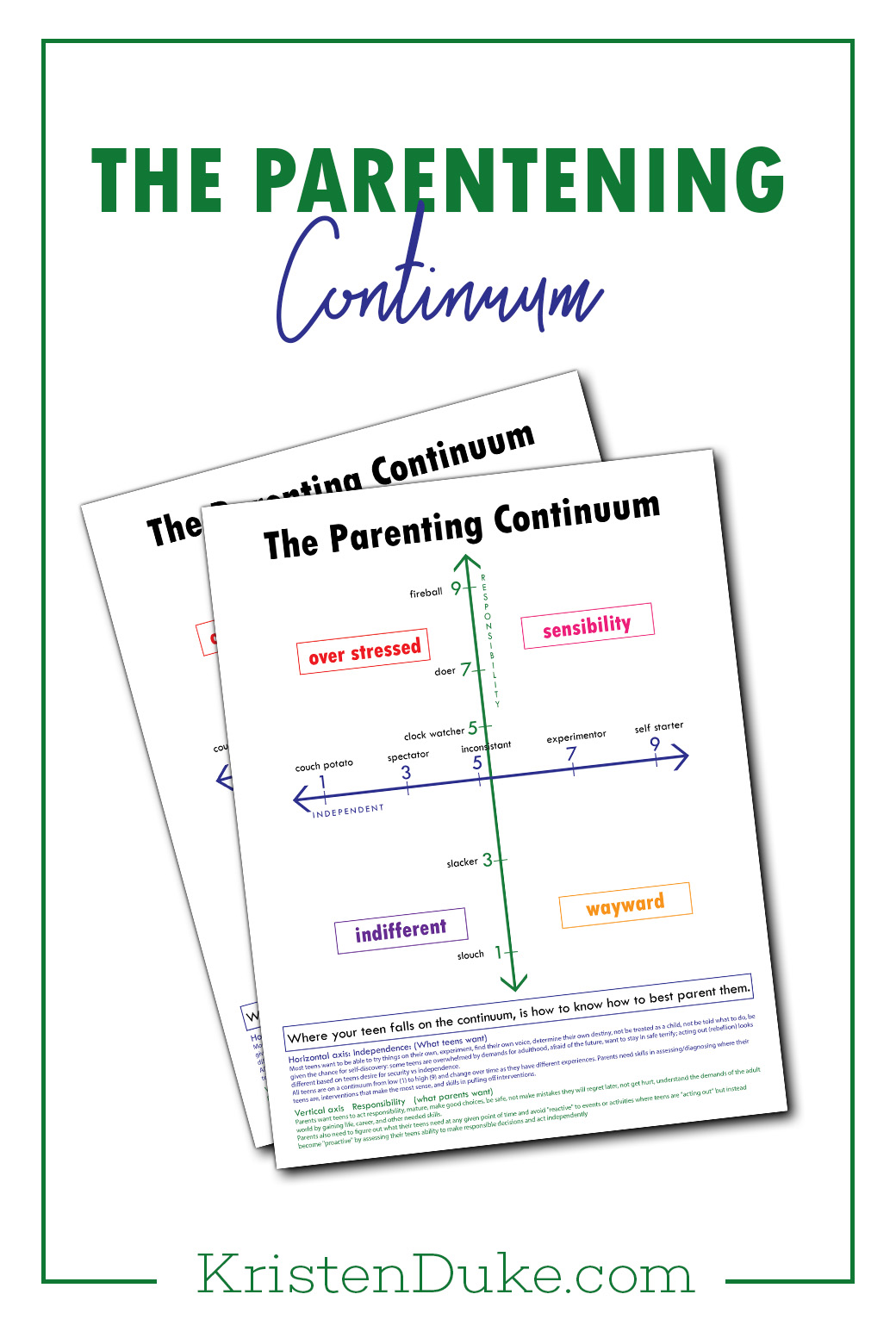 If you haven’t yest listened to the podcast episode where we discuss parenting with the Independence and Responsibility Continuum in length, I would suggest you start there.  Check out the Beyond Good Intentions podcast episode 90a. You can play it here, or look it up on iTunes or Spotify.

All Teens are not alike

It goes without saying that all teens are not alike. While bad behavior should never be excused, understanding where a teen is coming from should play an important roll in your parenting.  Things can’t always be viewed as simply good or bad.  For instance, we might say that interrupting others who are speaking is bad. However, if there is a fire in the building interrupting is not only good, it could be life saving.
Consequently, in order to know whether the specific actions or behavior of a teenager are good or bad should depend on understanding their context.  Where they are coming from?  Don’t just look at their behavior in isolation. Fortunately, it’s not necessary to be a family therapist or psychologist in order to understand the defining  characteristics of a teenager.  And using the Independence and Responsibility Continuum can help.

Teenagers are in transition from childhood to adulthood. The teenager years are merely a “way station”.  And what teens need and want is independence. If they don’t become increasingly independent doing their teen years they will remain “dependent children”.  This can make them unable to cope with the world and its realities. The term “failure to launch” is often used to describe such teenagers.  They have not exercised the kind of independence that enables them to deal with the vagaries of life.
The challenge for parents is to determine how much independence teens can handle as they traverse the teen years. And how to help them learn how to deal with independence.  No one expects a person who has never learned to swim to gain the skill by being tossed off an ocean liner and told to make it to shore on their own. However, staying only in a kiddie pool is no answer, either. Parents and teens want is really the same thing, increasing independence.
How much any teen needs to be “pushed from the next” versus “saved from the brink” varies. Understanding this need can make a difference in how and when a parents should react to an event or behavior.
Sometimes parents struggle knowing what to do. What may seem like a dilemma between “coddling” or “laying down the law” when dealing with bad behavior requires a recognition of where a teen may be on the continuum between wanting/demanding more responsibility and prepared/ ready for it.

Parents want teens to act responsibly  To make good, mature, choices.  They want their teens to be safe and not make mistakes they will regret later.  That responsibility includes understanding  the demands of the adult world by gaining life, career, and other needed skills
Parents also need to figure out what their teens need at any given point of time and avoid a “reactive” response to events or activities where teens are “acting out”.  As parents we need to be  “proactive” by assessing their teens ability to make responsible decisions and act independently

Just as teens face this overarching need for more independence so parents face their own overarching need during the teen years. Their need is to help teens learn to accept and deal with increasing responsibilities. While parents may say to their teens clean your room, do your homework, come home on time, and treat your siblings well, they are , in essence, saying, take responsibility for your actions and learn to be more responsible.

All teens are on a continuum from low (1) to high (9) and change over time as they have different experiences. Parents need skills in assessing where their teen falls on the continuum.  Then specific skills and interventions that make the most sense for their teen.
Where you find your teen on the Independence and Responsibility Continuum will determine best tactics for parenting them. Asses where your teen falls, then read the section in on of the 4 quadrants below.
Let’s discuss the Independence Continuum:
1. Couch Potato
3. Spectator
5. Inconsistant
7. Experimenter
9. Self Sufficient
Let’s discuss the Responsibility Continuum:
1. Slouch
3. Slacker
5. Clockwatcher
7. Doer
9. Fireball

Here’s some examples of how a parent might assess various things which teenagers do and then decide how best to respond.

Let’s take profanity: Most of us would likely say that profanity varies: some words are more harsh than others. My relatives even call various words “Idaho adjectives” that I might consider profanity. How I respond depends on  whether I see this as a teaching moment or time to demand respect?  Is the teen letting off steam or engaging in verbal abuse? Are they trying out something new to see what kind of reaction they will get or is it a pattern approaching bullying?

For a wayward teen, profanity may be an expression of deeper rebellion against family rules, school culture, or society at large. If left unchecked, it likely will get worse. LEt’s say a teen uses the F-bomb and say school is dum and he/she wants to quit. So what’s a parent to do? Here’s 9 possible steps steps:

For a sensible teen, profanity probably comes form an entirely different place. Likely, he/she is experimenting with new before and want to see how far they can go, what exactly they can get a way with, how much you may really be paying attention and/or willing to indulge them because they are already doing so many things that you approve of. Here’s what a parent might do in this situation:

The Over stressed Teen

For an over stressed teen using profanity could be a plea for help or it could be a call for you to “step in ” and rescue them. They’re looking for attention, but what kind? You likely need to figure that out. Here’s some steps that could help:

For a Indifferent, profanity may have become a way of putting others off so that they can be left alone. Yet, the befits of getting out of the house, playing sports, making new friends is overwhelming.
According tot recent study reported in the New York Times, “teenagers who take part in sports earn better grades, have fewer behavior problems and are less likely to drop out of school. The benefits of sports are particularly strong for girls. Teenage girls who play sports are less likely to smoke, use drugs or be sexually active compared with non-athletes. And early sports participation appears to benefit girls’ long-term bone health and reduce  breast cancer risk.”
Teens who are Indifferent are often risk adverse and socially awkward. Many will do anything–including frequent profanity–to scare off parents and other adults and try to persuade them to just “leave me alone.”
Don’t so it. Here’s how a parent can address profanity for a couch potato who wants to be left alone and use profanity as a defense mechanism (could be denial, rationalization, or displacement).. 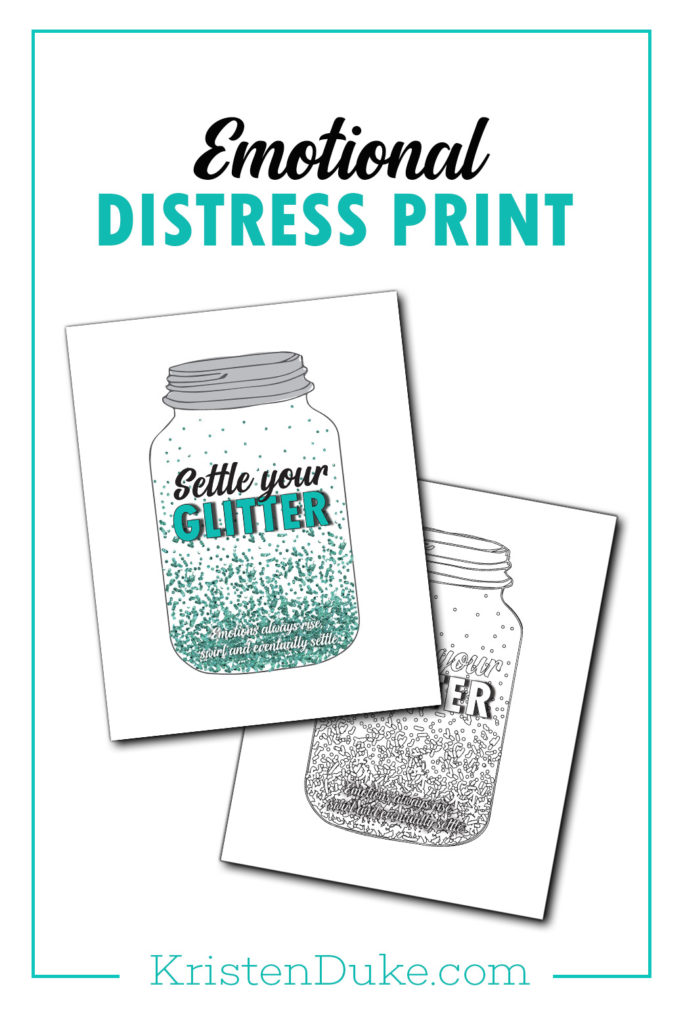