It’s not hard for me to reflect on 2020, because I typed out our annual Christmas letter going month by month. It was FILLED with adventure for the Duke Family! I wrote our letter at the end of November, so I’ll edit below and add in December (as I type this 12/27). 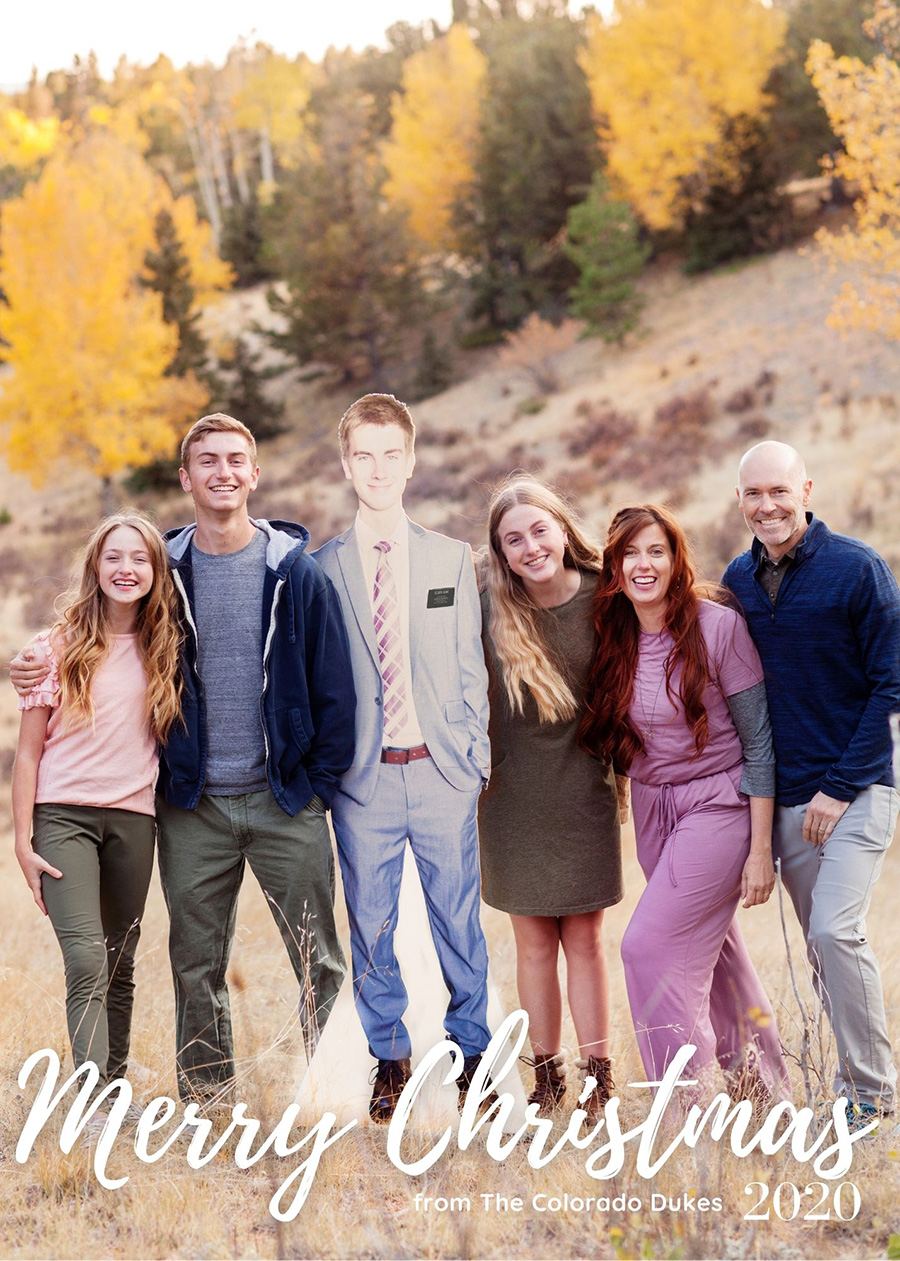 What an incredibly unique year 2020 has been! It will go down as a treasured year in the Duke home because of the quality family time we’ve had. We turned lemons into lemonade and drank from that glorious cup, and feel grateful and refreshed at our bounteous blessings.

January: Michael kicked off the year applying to 3 different PhD programs in the US. Kristen declared it “The Year of the Teenager” in her business, beginning a year long effort to help bridge the gap between parents and teens. She loves the opportunity to research, use her family as guinea pigs, and connect with other moms across the globe. Tyler completed 4 months with his “dad” (trainer) in the Dominican Republic, Matthew earned his Eagle Scout award, and the girls created and imitated dances from TikTok.

February: Matthew got accepted to BYU (with a scholarship) Michael flew to Denver for a program interview; Alyssa got a singing valentine at school. Cali taught Kristen TikTok dances, and K found her memory struggling to keep up like she could in the Bearkadette days.

March: THE WORLD SHUT DOWN. Tyler flew home from the DR for his Mission Intermission. Michael turned down 2 PhD program offers because they didn’t feel right in the end, and began the hunt for something else…

April: BEST MONTH OF THE YEAR (decade?)! Michael took a volunteer furlough, leaving a toxic job situation. We were locked in the whole month, just the 6 of us, with puzzles and movies and games. What more could a mother ask?? On the 17th, we celebrated Cali’s birthday with friends and family videos from around the country and 11 hourly gifts along with family TikTok dances (yes, the boys GIFTED HER dance moves for her birthday)! Our home church was a sweet experience, and we even made overnight Artisan bread each week for the sacrament.

May: 10 years to the weekend we moved into our house on Desert Candle, we put it up on the market.  Michael got a job in Colorado (his dream state to reside), Tyler received his mission reassignment to Phoenix, Arizona, and we were excited to embark on a new adventure.

June: Alyssa turned 15, the move was less than ideal for her. Matthew officially graduated from high school (a year early, without much fanfare) but the highlight was his mission call to Barbados–French speaking. Our Texas home had 3 contracts back out because of a foundation shift, but we packed up the house with many amazing helping hands, knowing (hoping) it would likely sell soon enough.

July: We drove our 3 cars with 3 drivers out of Texas on the morning of July 2nd. 17 year old Matthew was certain that a 12 hour drive (over 2 days) would be a piece of cake, but he soon realized the challenges of a weary driver. The girls rotated cars to keep the 3 drivers alert. We spent July 4-7 in Colorado Springs looking at houses, sleeping in a castle, and relishing in the Rocky Mountain views. Since Michael didn’t officially start his job til the end of July, and we still didn’t have a house, we took off to Utah to play for 2 weeks, having faith that all would work out (spoiler: IT DID!) From St. George to Vegas, Matthew met friends in Yosemite, wading The Narrows in Zion, then onto visit to Provo (BYU) Salt Lake, then eventually back to Colorado. Michael began his new job as a Physical Therapist for a school district working with kids with special needs. The perk? 5x more vacation days than his last job (summers off!) He hopes to conduct an official Kids Triathlon like he did for fun in Texas.

August: The 1st of August we moved into our rental on April Drive (Desert Candle finally sold on August 10th)! Kristen got to fly back to Utah for 1 day for a TV segment on BYUTV called Family Rules (it airs December 6th!) We were so very blessed that within just a few hours, days in our home, new friends were a-plenty. So many helping hands, our blessings felt bounteous. Thankfully, both Alyssa and Cali met wonderful buddies within days of us landing here, and they continue to be close friends. We hiked our first 14er (Quandary Peak) in just under 8 hours.

September: After 3 weeks of online school, the girls began a hybrid schedule, going on campus Mon/Tues and home Wed/Thurs/Fri. Kristen was asked to be a seminary substitute teacher (after reaching out and begging to be considered), and has been able to teach Alyssa’s class a few times (and get paid for it!) She also fulfilled her 3 year dream of throwing an Apple Taste Testing Party for the kids and their friends. Some may remember her love of parties..themed parties…and teenagers. Matthew began working a landscaping job, and flew back to Texas for a weekend to see a few friends.

October: Matthew officially turned 18 the day after Michael turned….how old? His grandparents + aunt/uncle came into town to attend the Denver Temple with him + us in preparation for his mission. Michael found himself being a physical therapist over ZOOM, working from home a lot. Kristen was asked to be a leader in the Young Women’s program at church, which she is THRILLED, as both girls will be there, (Cali will join in January).

November: Our oldest left the teen years on the 1st of November, we have a TWENTY year old!!! Tyler spent 6 months serving in Prescott Valley, AZ, and mid November was transferred to what we hear is a rough part of Phoenix (Maryvale). We aren’t worried though, we trust in God’s plan. Alyssa and Cali went to full time online school as COVID got worse in CO, and Cali’s buddy and she switched off doing school at each of our homes, roller skating around the house to make it fun.  Matthew had to squeeze in some unexpected last minute dental work, which is always FUN! We are LOVING exploring the mountains, striving to take a family hike each week, scheduled to do THE INCLINE in Manitou Springs at the end of the month. (Google it!)

December: Our projected December we already know will be special and unique, as Matthew begins his 6 week home missionary training on December 2nd for 6+ hours a day. To say he is very excited to begin is an understatement, he is so much more prepared than we think most any other kid could be. He’s already keeping us on the straight and narrow path, leading our family scripture studies, questioning our TV watching, and showing lots of love to his little sisters. Michael is already a little concerned about being the only male in the house. Our hearts hurt to end yet another chapter, sending another child off into the world, but knowing he is well prepared, and the excitement to hear about his adventures supersede the ache.

Great to have Matthew home for the MTC. We played a lot of games (over TV in the evening) and we jokingly called them “Matthew sightings” when he’d appear out of the basement for his 5 minute breaks or 30 minute meal times. He’s enjoyed getting to know his district that he spends 6-8 hours with over ZOOM everyday! Alyssa flew to Texas solo, and surprised her friends there, and the video footage is SO much fun!  Kristen’s grandma (96) got COVID, but as I type this she is 17 days post diagnosis, and feeling strong, so we are also feeling hopeful.

Though this year wasn’t what we had planned (Michael turning down his dream of getting his PhD, Tyler coming home from his mission, late sale on our home resulting in a rental, Matthew doing MTC at home, girls doing online school), however we look to the future with hope and faith as we always have. We know that we have trials so that we can grow stronger from them. We are THRILLED to start a new chapter in Colorado, it felt like home right away.

We’ve been reminded recently of the Healing Power of Gratitude. That as we look for the silver linings, the tender mercies, the joy in the sorrows of life, that we can be healed of our strife. Our challenges won’t be taken away, but we can feel God’s love and peace despite them. May you feel that peace as we have, is our deep desire and hope. 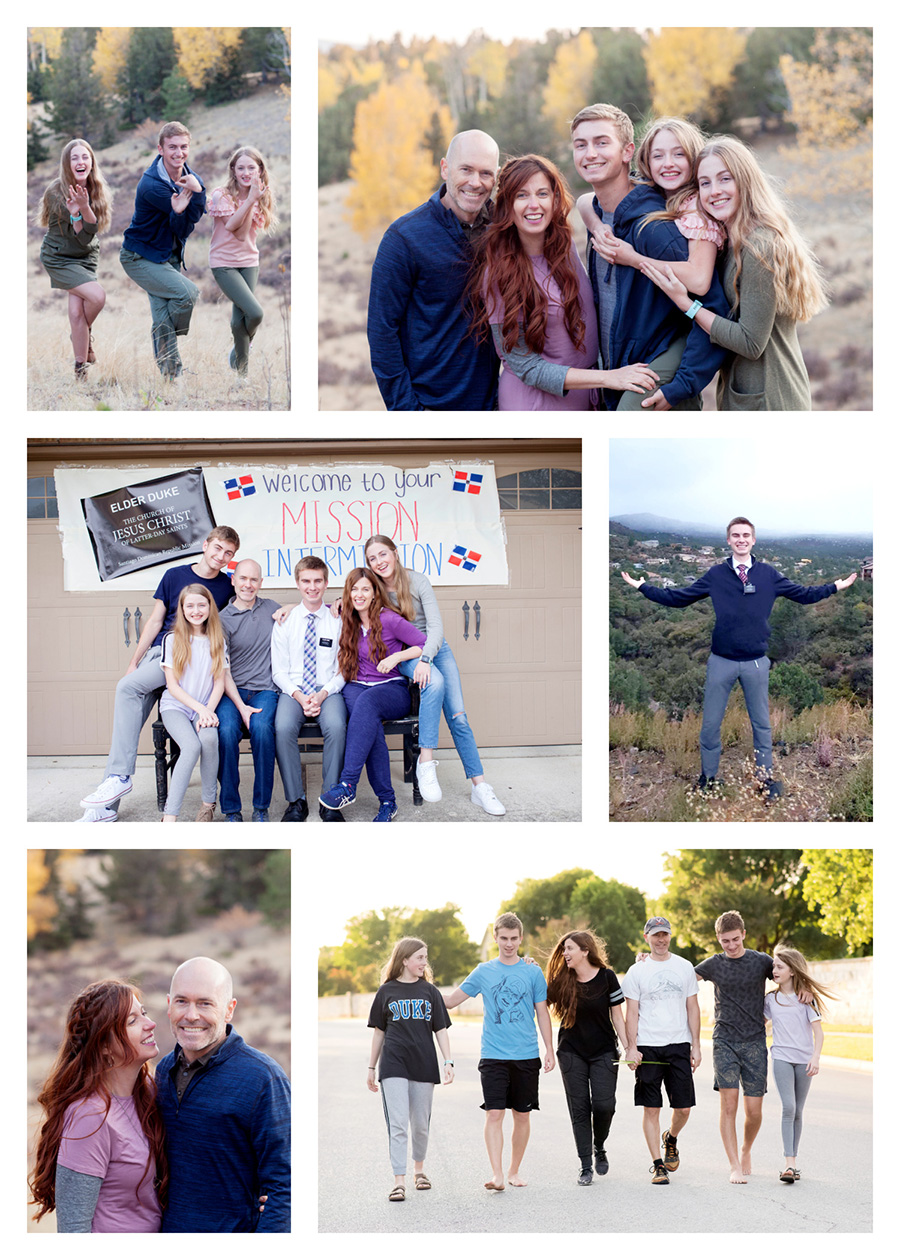